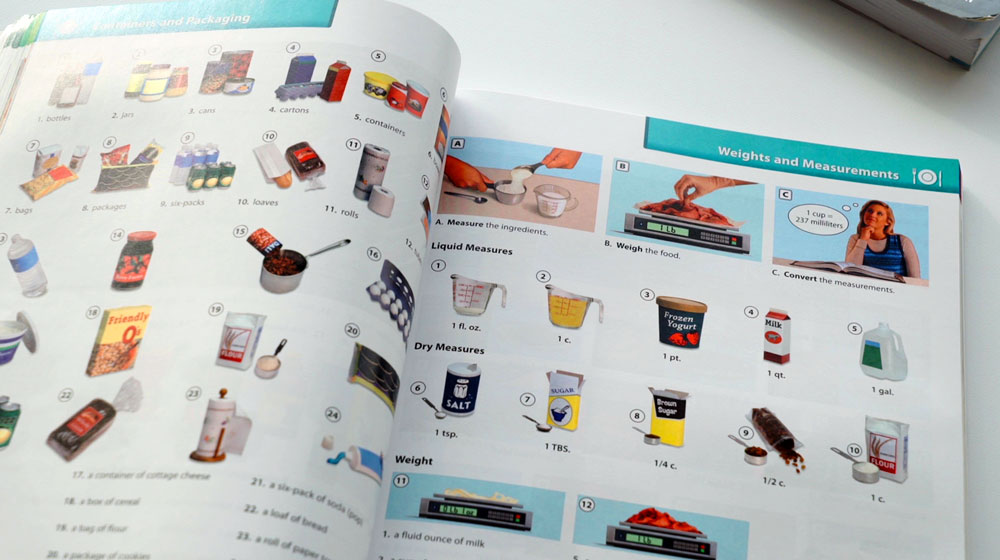 The SK Food Group ESL Program in Columbus first started when an employee who took a job as an HR manager at SKFG reached out to Jewish Family Services to help people find jobs.  There SKFG was introduced to Liz Smith, an English teacher and career consultant working for Jewish Family Services (JFS) in the greater Columbus, OH area. When she taught the SK Foods ESL program it was through a connection with JFS and the Community Refuge and Immigration Services (CRIS). Both groups work in tandem to help refugees in Columbus by teaching ESL classes and offering career services to assist refugees with employment.

Not many know that Jewish Family Services helps any clients who walk in the door and they have a special program where Holocaust survivors can apply information about the Holocaust trauma to help connect with other refugees to process their experience.

All of the students who attended classes spoke Nepali as their primary language and all were Nepali/Bhutanese refugees. JFS partnered with the Bhutanese/Nepali Community Center to use their space as it was closer to where most people lived. Prior to teaching the ESL classes, Liz visited the SKFG facility and observed and documented roughly 100 – 150 words that associates needed to do their jobs. Many were things that she would never normally teach in a regular ESL class. Words like “tortillas, focaccia bread” or “lockers.” Even in the hiring process talking about benefits included words like “bereavement” and “funeral.” Technical terms like “nitrogen, carbon dioxide”  and safety terms would help them work the line and understand their jobs better. What she saw were so many words that helped her build a vocabulary of new information and words associates might encounter on the job.

“The average person needs a language class to learn a new language. We want our refugees to feel empowered that they don’t just have a job, they have a career. That’s what English does for people—it gives them options.”

She also taught anything that would help them keep their job as well as enhance their life outside of work. She also did interviews with staff to understand cultural issues. Many of her students weren’t resettled in Columbus so they had no case worker nor did they know where social services were or things like how to get a lawyer or where a temple could be found. She noted that from a language testing perspective, a person may not see a huge improvement, but the benefits come by being connected with different resources in the community as well as the English that they learned.

Liz added, “There are now 100s of Nepali/Bhutanese families buying homes in Reynoldsburg. Houses cannot stay on the market. Reynoldsburg is exploding. SKFG is where many of the people got their footing to be financially stable to be able to purchase a home. Another former student asked me to be a reference for him as he was buying a car. Homes, cars… it’s happening.”

To learn more about the Nepali/Bhutanese community in Columbus, the Ohio History Connection has a special exhibit called: Bhutanese-Nepali Neighbors: Photographs by Tariq Tarey at the Hayes Presidential Library & Museums, in Fremont from Fri., Feb. 2–Fri., May 25, 2018.